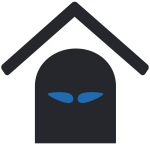 Home State Watchdog: About us

State Watchdog: About us

Hlídač státu is a small NGO focused on open data and doing data journalism. We have developed open web applications that analyze available open data sources and thus provide the tool for public control. Our web applications work with state open databases, mainly with the following sources: state and municipalities contracts, politicians and their connections to business state IT services, tax evidence database, political parties financing, EU funding for the Czech Republic, and many others.

The tools to fight corruption at the state level include prevention and repression, together with public control and political pressure at the civic level. Education and awareness are vitally important at both levels, as every coin has two sides and corruption always has a briber and a bribee. We will help both the state and the public because we must put a quick end to such high levels of corruption.

The worst impact of corruption is the public’s growing distrust of the state and state administration. Our mission is to do evidence-based journalism. People need to know how the government treats their resources and answer the question for themselves whether it is doing so in the public interest. Our project wants to motivate and support active citizens as much as possible and initiate public awareness.

Some most powerful politicians are trying to abuse this state to promote their own interests, and efforts to question the principles of democracy are also evident. We are an NGO financed solely by the contributions of our supporters, but to realize our goals, we need to partner up with more courageous financial partners. We would use the funding to expand the team to cover new cases that have appeared due to the declaration of a state of emergency in the Czech Republic.

ABOUT US
Hlídáme je, protože si to zaslouží!
FOLLOW US
©